“A big ‘Thank You’ goes out to the SNB Contest Group for inviting LEFARS to activate GB0SNB for Museums on the Air this weekend.

Whilst conditions were more than challenging, setting up was compromised by a pretty soggy field, the SNB boys had a good crack at the 50 MHz contest taking advantage of a decent spell of sporadic E and provided the LEFARS with the ‘M0TAZ 40m vertical’ to use for HF.

Waterlogged conditions prevented towing the Burger Van adjacent to the tower, so it was left at the top edge of the car park and operated at a bizarre angle on the slope [photo below]. The waterlogged conditions in the field no doubt added to the efficiency of the 40m vertical! M0XTA has the use of the 2m colinear on the tower and worked some impressive distance and a decent number of stations and also had a crack at 4m.

Not only was it rather damp & decidedly chilly, the ionosphere did not playing ball for 40m, making it it tough going on Saturday with deep QSB and extremely noisy with up to S9 of static crashes. This was being created by the huge storms sweeping up from France up through Belgium and the Nederlands. Progress was slow on 40m with some stations simply disappearing mid QSO. M0MBD was the sole operator on HF on the Saturday.

Luckily the SNB missed a real downpour in the evening as two huge rain systems passed either side of it. The Sunday was equally challenging on HF, with M0TAZ adding a few early contacts and G0VEH operating for a large part of the day with M0TAZ and M0MBD acting as Station loggers. It was not long before the noise level approached a similar level to the previous day and QSB severely curtailed progress.

All stations were struck down at about 4pm on Sunday.

GB0SNB Logs have been sent to the SNB group, over 100 stations were worked.

Thanks one again to George M1GEO , Dave M0TAZ and the SNB group for the invite & thanks to all that turned up to help setup / breakdown or operate.

The next big confirmed LEFARS portable event will be the Lambourne End field weekend in July. We certainly had our whistles whet in more ways that one this weekend! Let’s see what we can do for that.

Some photos from the weekend, photo credits to Dave M0TAZ (originals from LEFARS FB page)  and John Ray G8DZH with additional photos …. 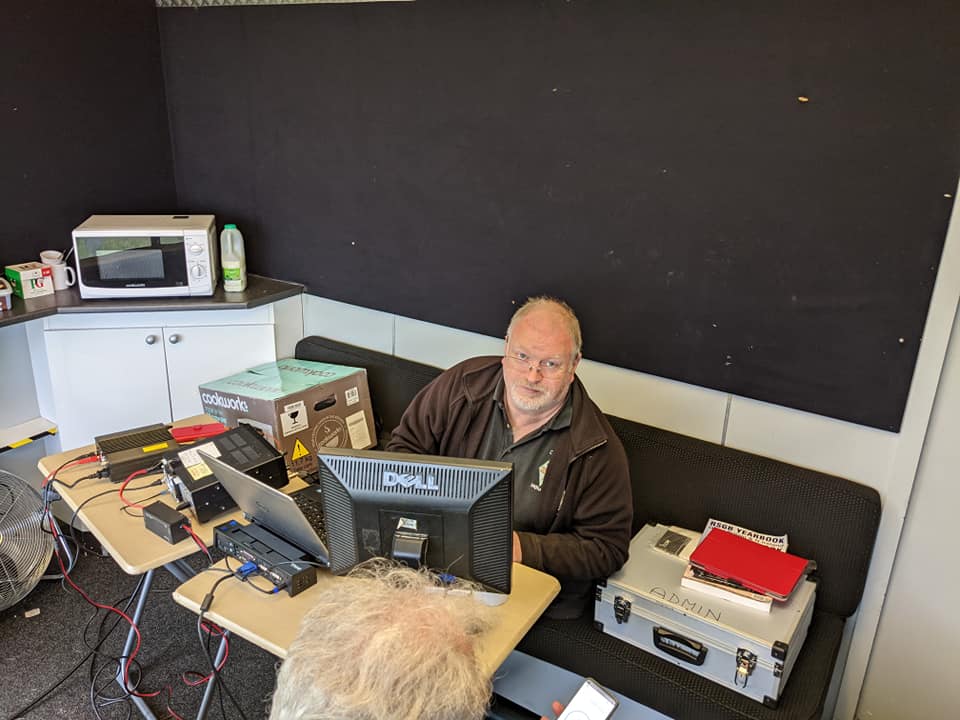 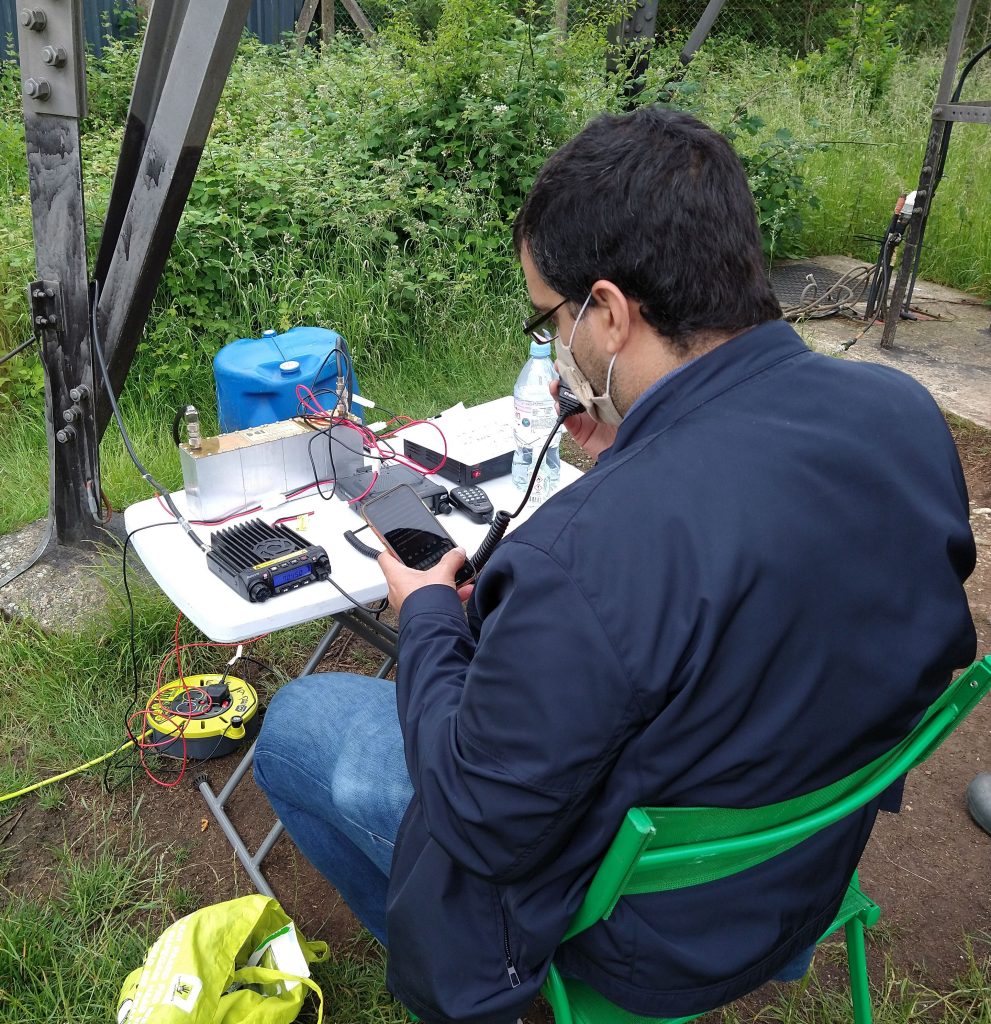 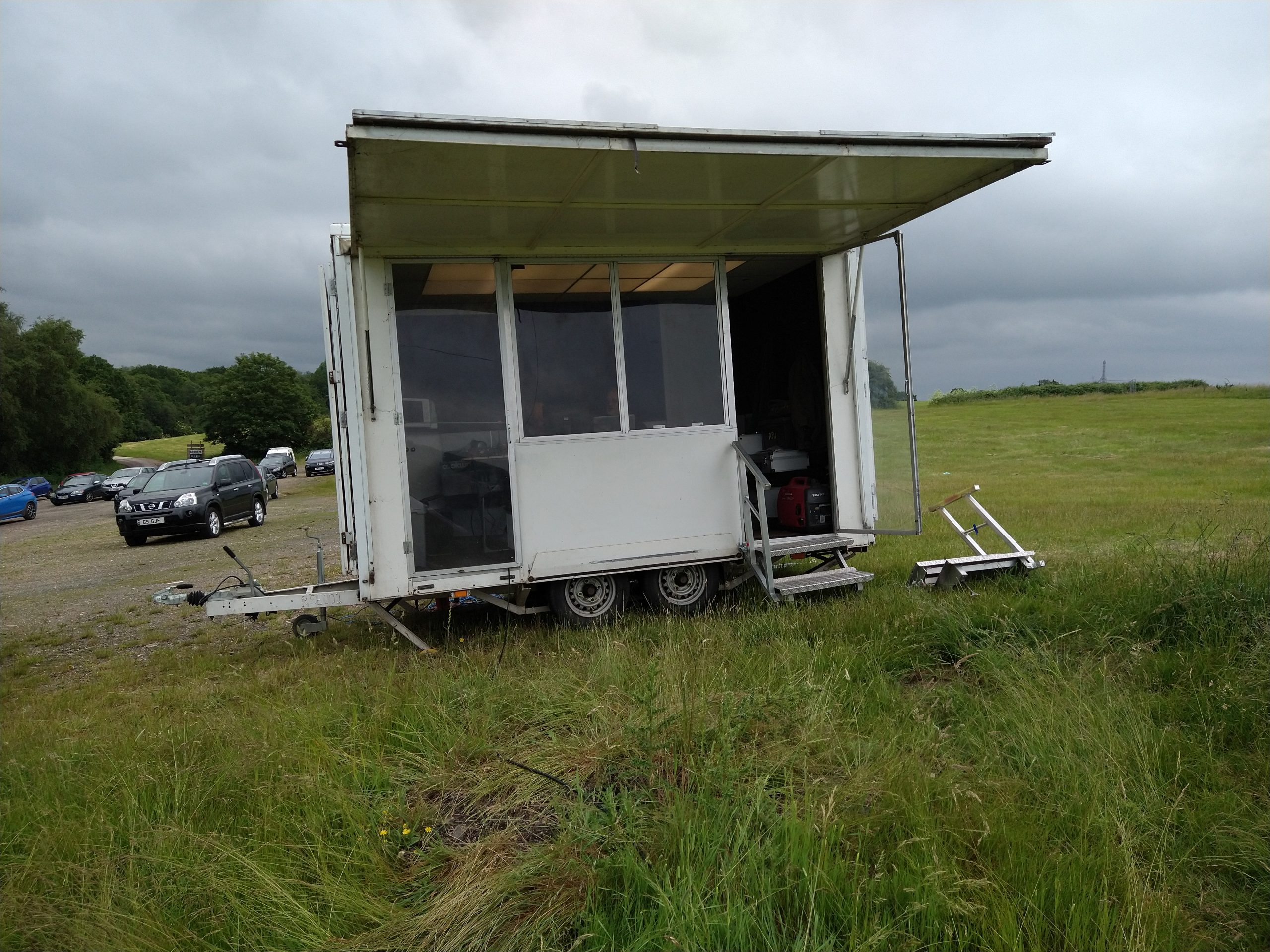 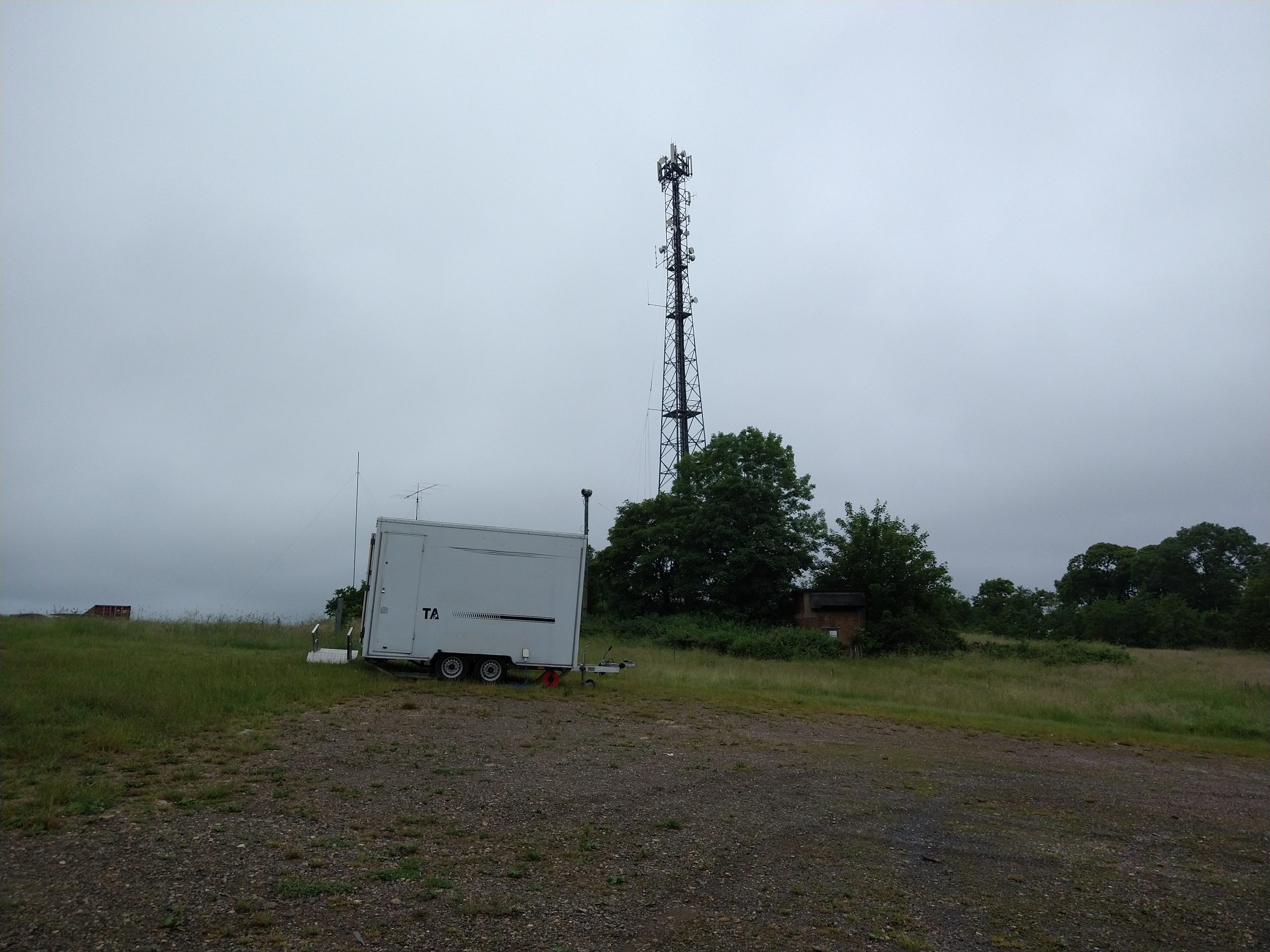 Note the angle of the mobile shack! 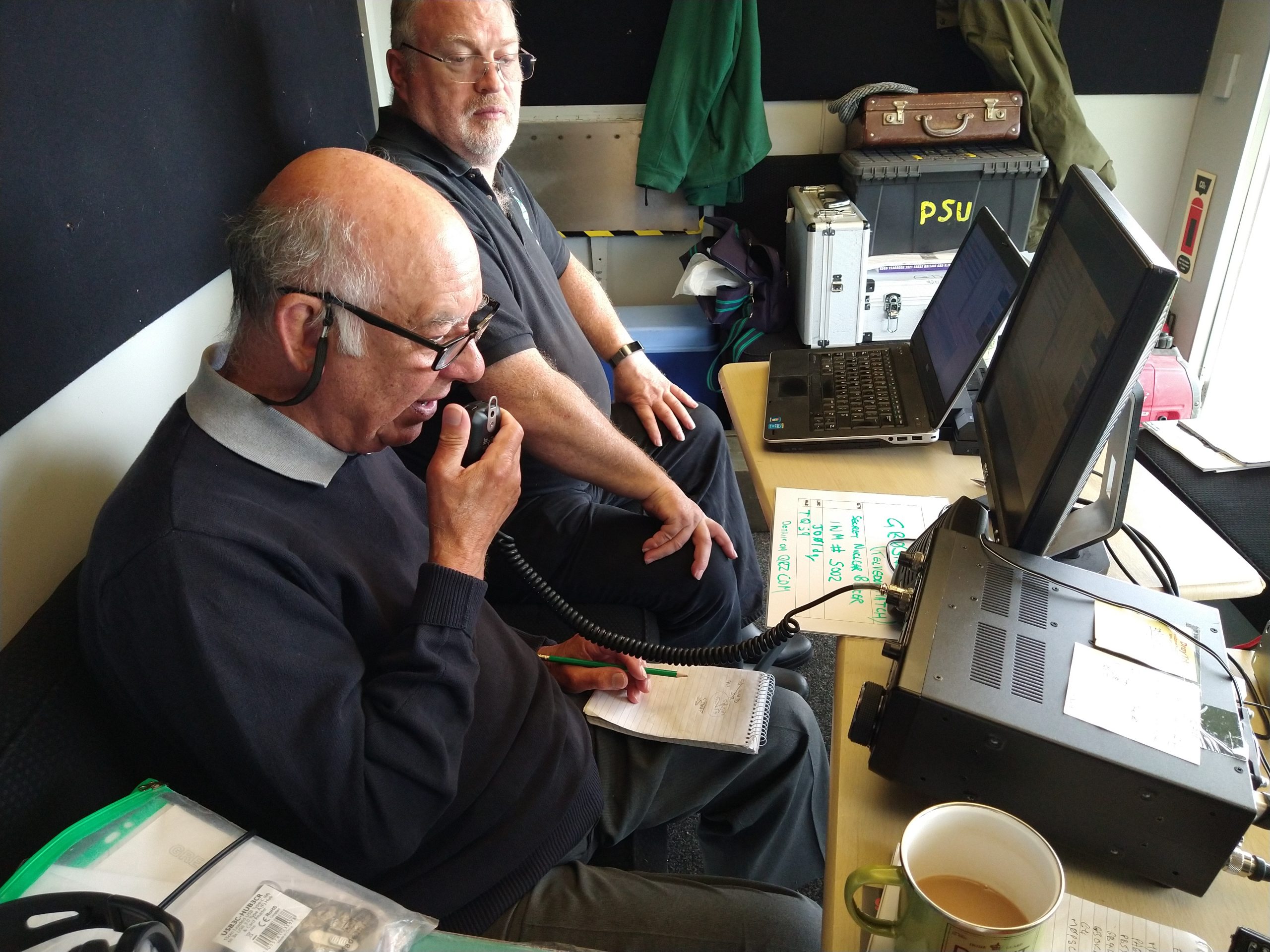 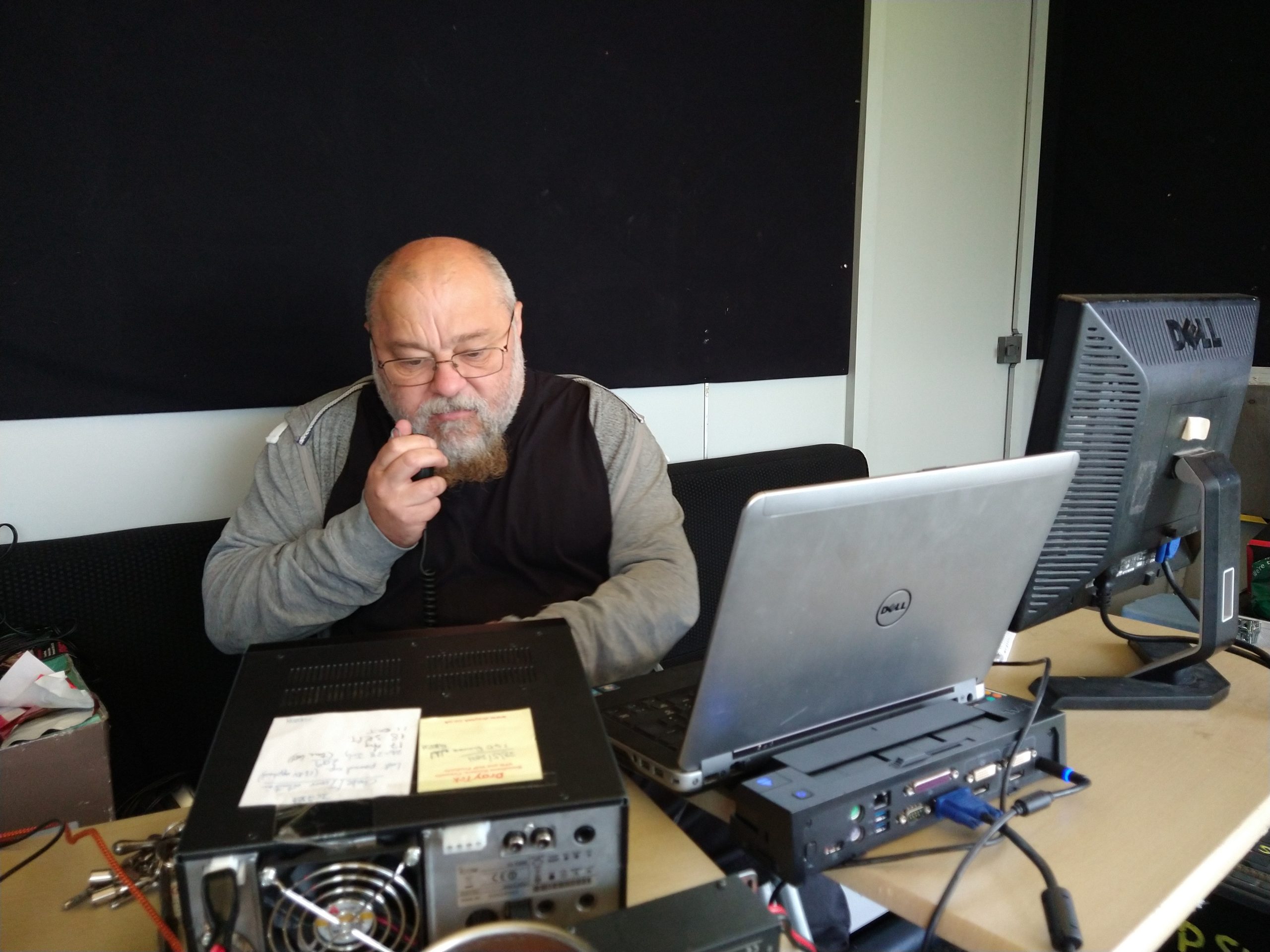 More photos and a report by Dave M0TAZ on GB0SNB’s station for the 50MHz Trophy Cup here .