LEFARS participated in this year’s Airfields on the Air event, using Special Event call GB2STA, over the weekend of 2nd and 3rd April at a new location in Abridge and within the ATZ of Stapleford Aerodrome (ICAO: EGSC). This is the largest commercial flying school in the UK, complete with an advanced Flight Simulator. Operating as RAF Stapleford Tawney during WWII, the grass runways were used by several squadrons during the summer months and from March 1940 as a satellite station to North Weald.  Stapleford’s wartime role ended in 1945, with the last personnel leaving before VE Day. Further details here.

Setting up started at 14:40 to collect the equipment from the LEFARS store, not helped by occasional light snow and hail showers. Myself, John G0VEH and David M0VID  arrived on site at 16:15 with the fully-loaded trailer and trailer mast.  Kerry M6WHT was onsite at 16:45, he was camping over the whole weekend.  The shelter was up by 17:00 and the trailer mast an hour later.  We left at 18:45 with Kerry in charge of site security, the antennas to be erected next morning.

The Shelter was big enough to contain the 2m and HF stations as well as the catering table and club canteen, with two burner hobs to self-cater but mostly used for tea. George M1GEO did bring his coffee machine – see photo powered by Dave M0TAZ’s EV vehicle!  Plenty of room also for chairs and visitors (list below!).  Fred G3SVK made over 70 QSOs on 20m and 40m, mostly CW and a few on SSB.  The other HF operator was John G0VEH, he was busy on 40m SSB with several club members worked.

By 6pm it was getting cold, most of the visitors had departed for the evening.  John G0VEH and I decided to QSY to The Bull, Theydon for a hot meal. We left Kerry M6WHT in charge again 🙂

I arrived at 09:10, Kerry had made a coffee following a brief mobile QSO en route. A few 2m stations were worked including a report to  GB2RS news.  John G0VEH continued to work several stations on 40m SSB during the day. After a DMR QSO on TG 23511 (via GB7HH), John G0VEH had a sked with Wayne G4YOH on 40m SSB.

Although this picture looks a spring day, we had temperatures down to -3C overnight and not much higher during the day with flurries of snow ! 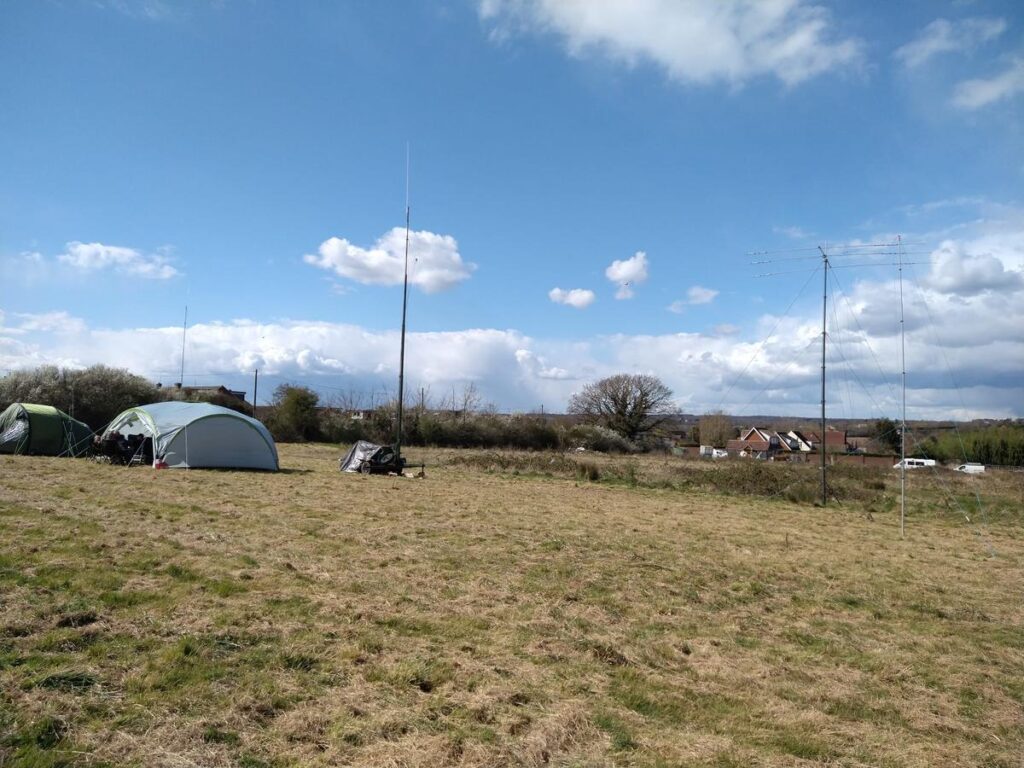 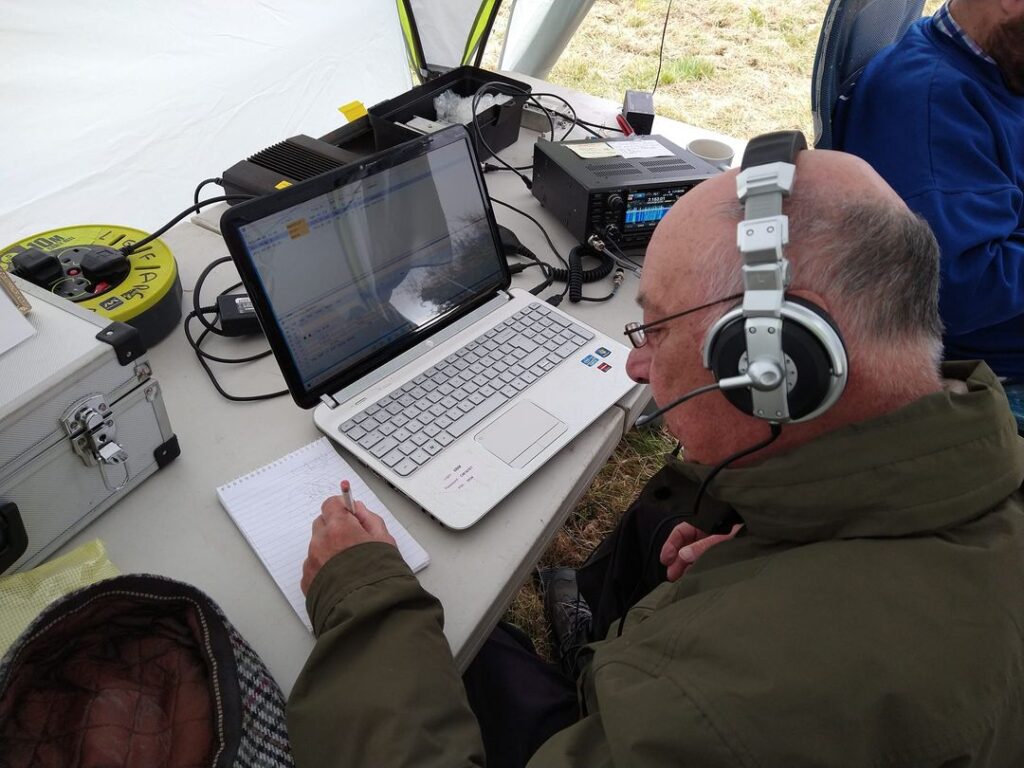 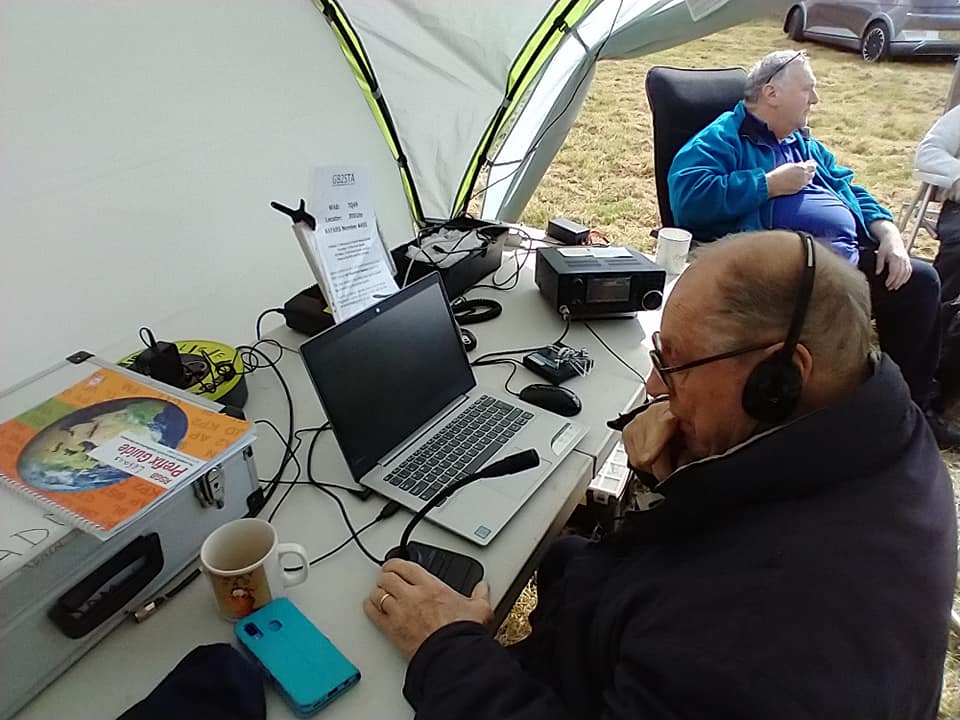 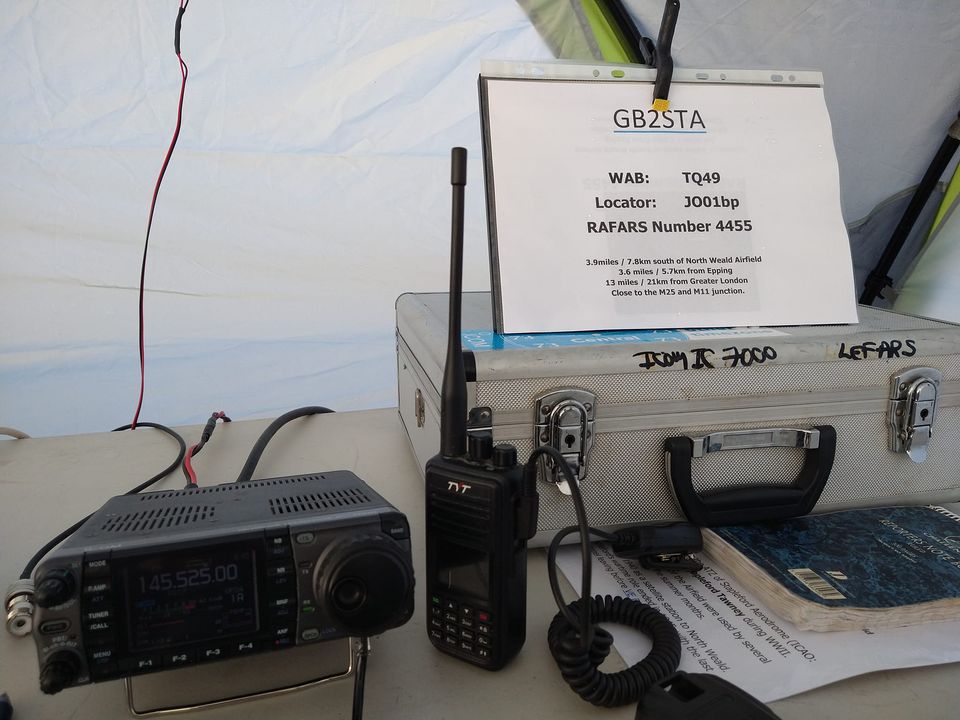 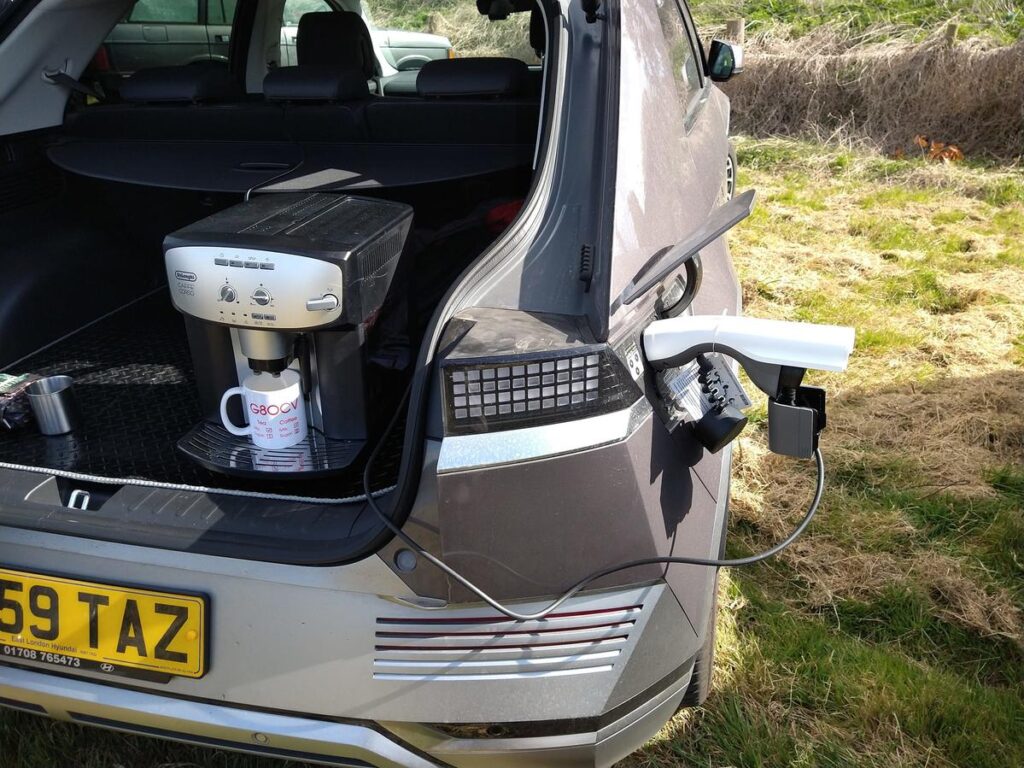 Dave M0TAZ showing that the Ioniq 5 is ideal for a quick brew of coffee! 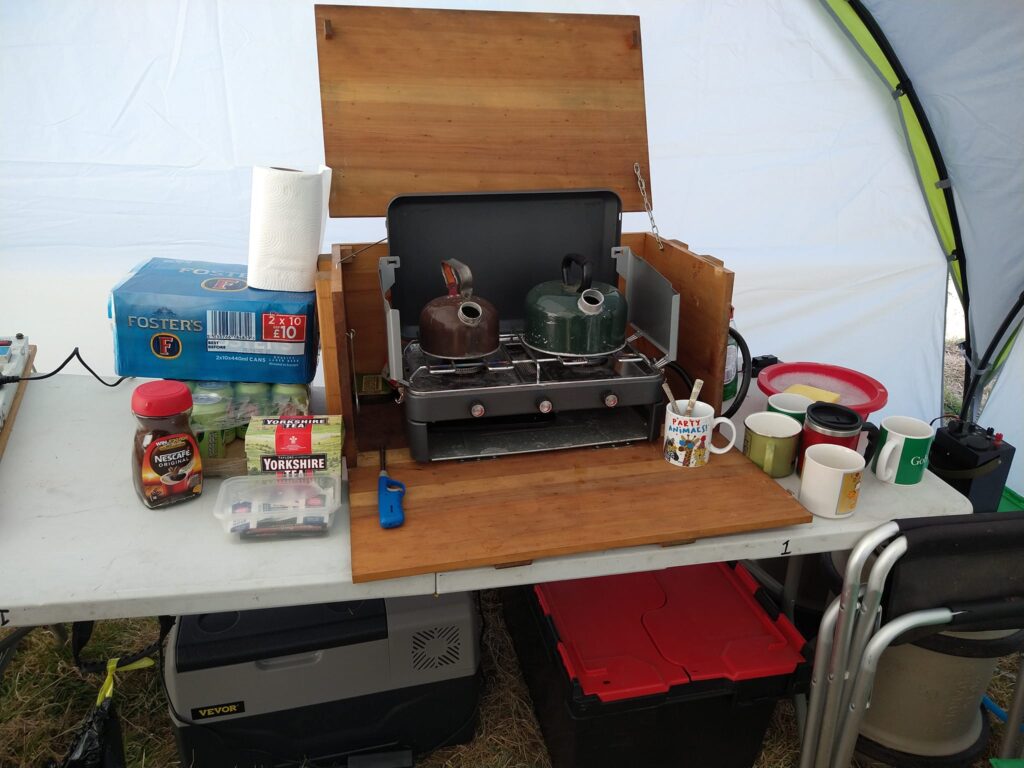 More traditional catering for the  frequent brews. 7UP and the beers provided by Fred G3SVK. 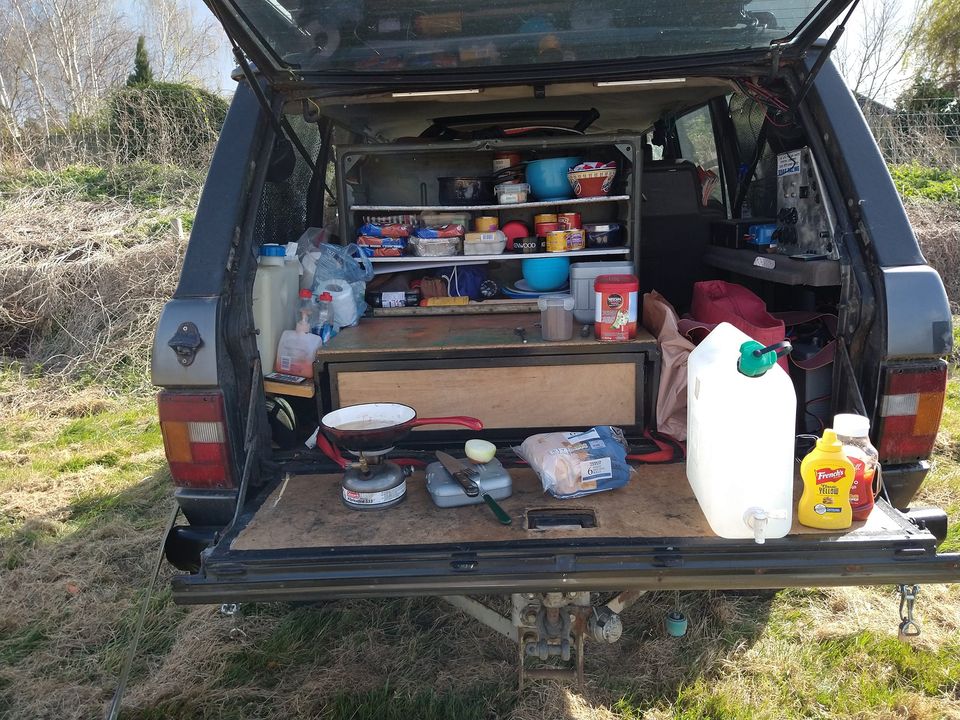 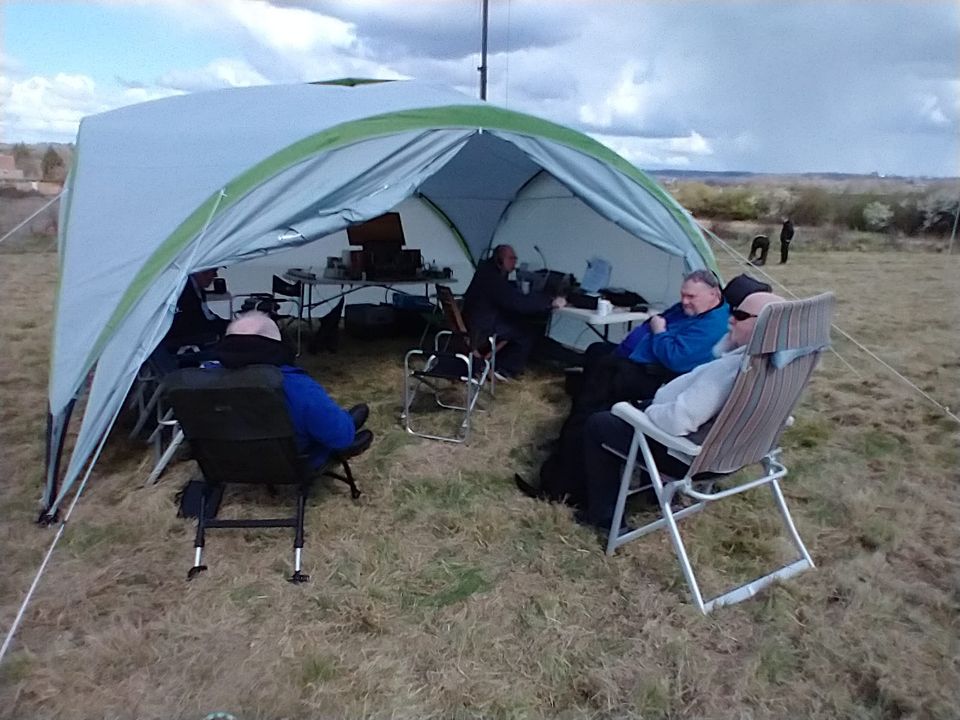 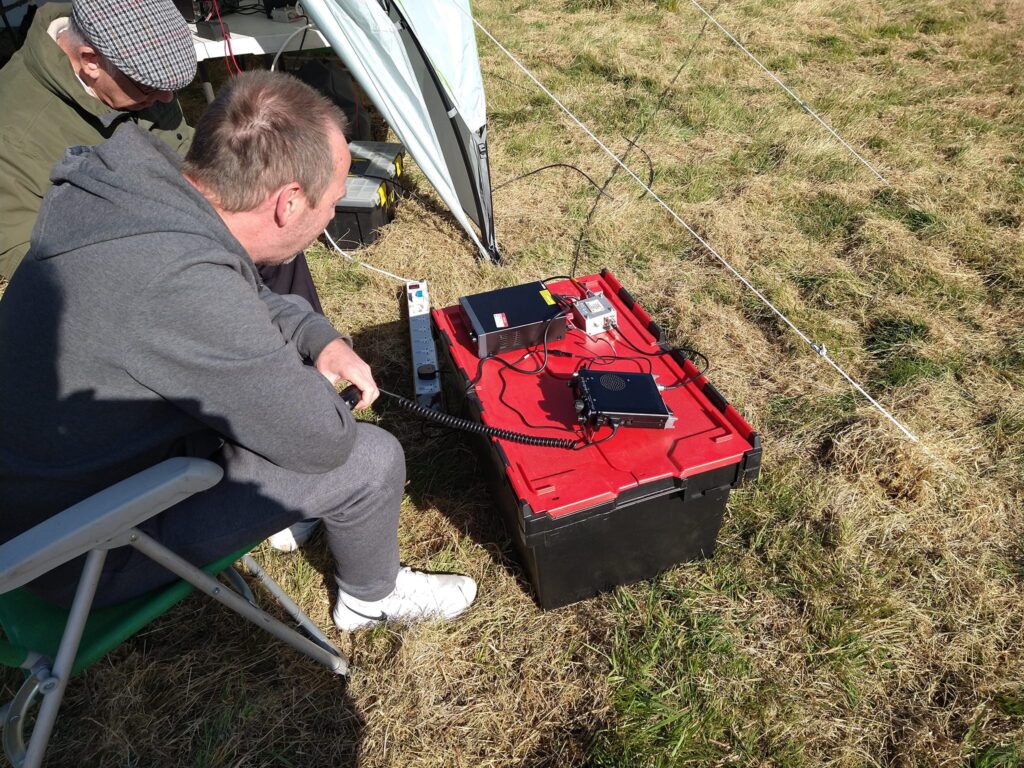 A big thanks to  Amanda and Liza for making the field available to LEFARS  and to David M0VID for cutting the grass/clearing the brambles. Also to those members who supported the event, especially Kerry M6WHT, our site security manager.